GET INSPIRED TO LEAD AND THRIVE IN AN EVER-CHANGING WORLD, TOGETHER.

Secure an All-Access Pass for your entire school

Be the Change You Want to See in the World

As COVID-19 spread across the world, schools pivoted and adapted. Recent incidents of racial injustice have called us to confront an uncomfortable truth: that our society deems some of us as less worthy of protection, care, respect, and dignity than others — a truth that is not new but has reached a boiling point.

Like the United States in 1962 when President Kennedy brought together the best minds in a nation to strive toward an audacious goal of going to the moon. EMA pledges to do the same: to bring together enrollment leaders to leverage the best data, the most effective practices and innovative ideas, and to chart a path forward toward an audacious goal — reimagining enrollment.

When Katherine Johnson, pioneering African American NASA mathematician said, “The whole idea of going into space was new and daring. There were no textbooks, so we had to write them,” she was acknowledging uncertainty and risk along with hope and excitement. Today let’s do the same: let’s write a new future for our industry. 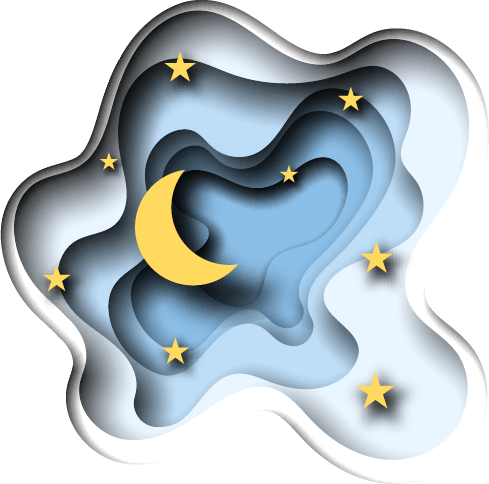 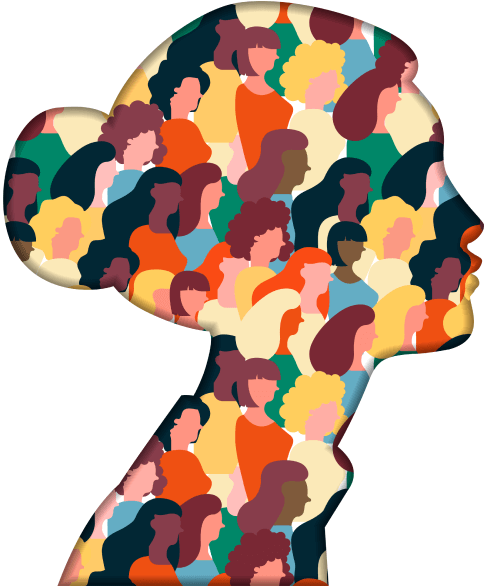 As a part of EMA’s ongoing commitment to social justice causes and in light of recent events of racial injustice we’re announcing the following initiatives in connection with our annual conference:

We are pleased to announce we've made donations to Save our Streets Chicago and The Loveland Foundation. Thank you to conference attendees and our donation committee for your input and guidance.

Vote for Charities to Support

Hear from our inspiring lineup of virtual conference speakers. 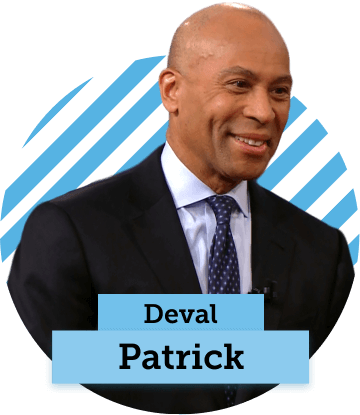 Deval Patrick served two terms as the 71st governor of Massachusetts. An accomplished executive, passionate leader and gifted orator, Deval Patrick will capture—and hold—the attention of any audience. Guided by the advice of his grandmother to “hope for the best and work for it,” he entered office in 2007, a first-time candidate propelled by an unprecedented grassroots campaign and lead the Commonwealth to top national rankings in education, health care, energy efficiency, economic competitiveness and more. Through a challenging economic environment, the Governor maintained a disciplined growth strategy of investment in education, innovation and infrastructure. 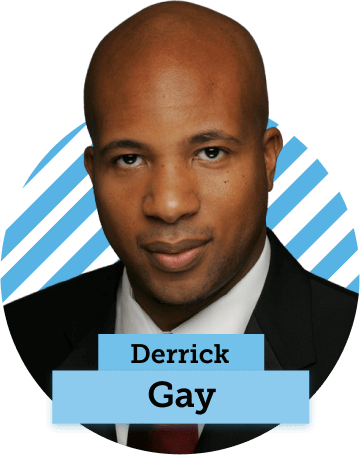 Dr. Derrick Gay is an internationally recognized consultant to businesses, educational, arts, and philanthropic organizations around the world on issues of Diversity and Inclusion, and Global Citizenship. In this capacity, Dr. Gay partners with organizations, domestically and abroad, to promote empathy, cultivate cultural competency, and deepen inclusion. 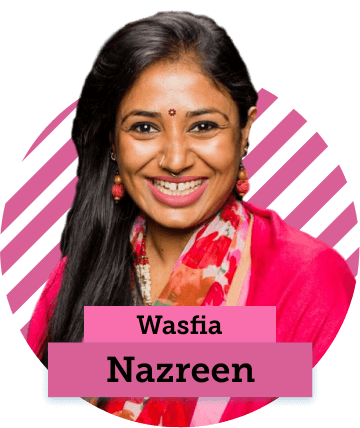 Wasfia Nazreen is the only woman to hold the simultaneous titles of National Geographic Explorer & Adventurer. Although she is known for being the first Bangladeshi and Bengali in the world to climb the Seven Summits or, the highest mountains of every continent, her passion has always been driven by causes close to her heart.She has won numerous national and global awards for her activism and commitment to empowering women through the field of adventure. She is the founder of Osel Foundationwhich empowers marginalized girls from Bangladesh through the outdoors. 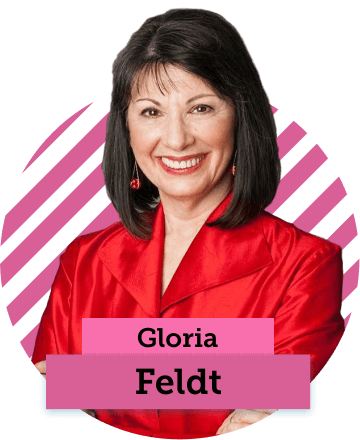 Gloria Feldt is a CEO, mother, entrepreneur, best-selling author, philanthropist, motivational keynote speaker, passionate advocate, and the internationally leading authority on women’s relationship with power and leadership.A recognized authority on how women can embrace power and elevate intention with authenticity, confidence, and joy, her powerful speeches motivate and inspire women’s advancement to parity in business and nonprofit leadership and in personal accomplishment. 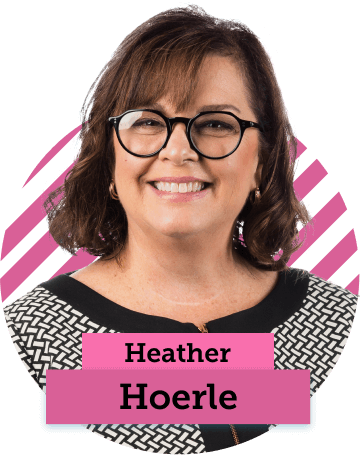 Heather Hoerle became EMA's executive director in 2011. Working with the leadership team, she set a clear direction for the staff, inspiring gold-standard service for EMA's constituents and pushing to continuously innovate. Externally, in her work with schools and the wider education sector, she aims to advance the profession of enrollment management and empower individual professionals. 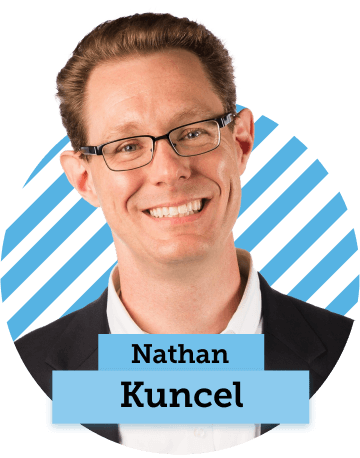 Nathan Kuncel is the Marvin D. Dunnette Distinguished Professor of Industrial-Organizational Psychology and a McKnight Presidential Fellow at the University of Minnesota where he also earned his doctorate in Industrial-Organizational Psychology. Nathan’s research generally focuses on how individual characteristics (intelligence, personality, interests) influence subsequent work, academic, and life success as well as efforts to model and measure success.

Taking advantage of the conference is easy... here are the steps to get started! 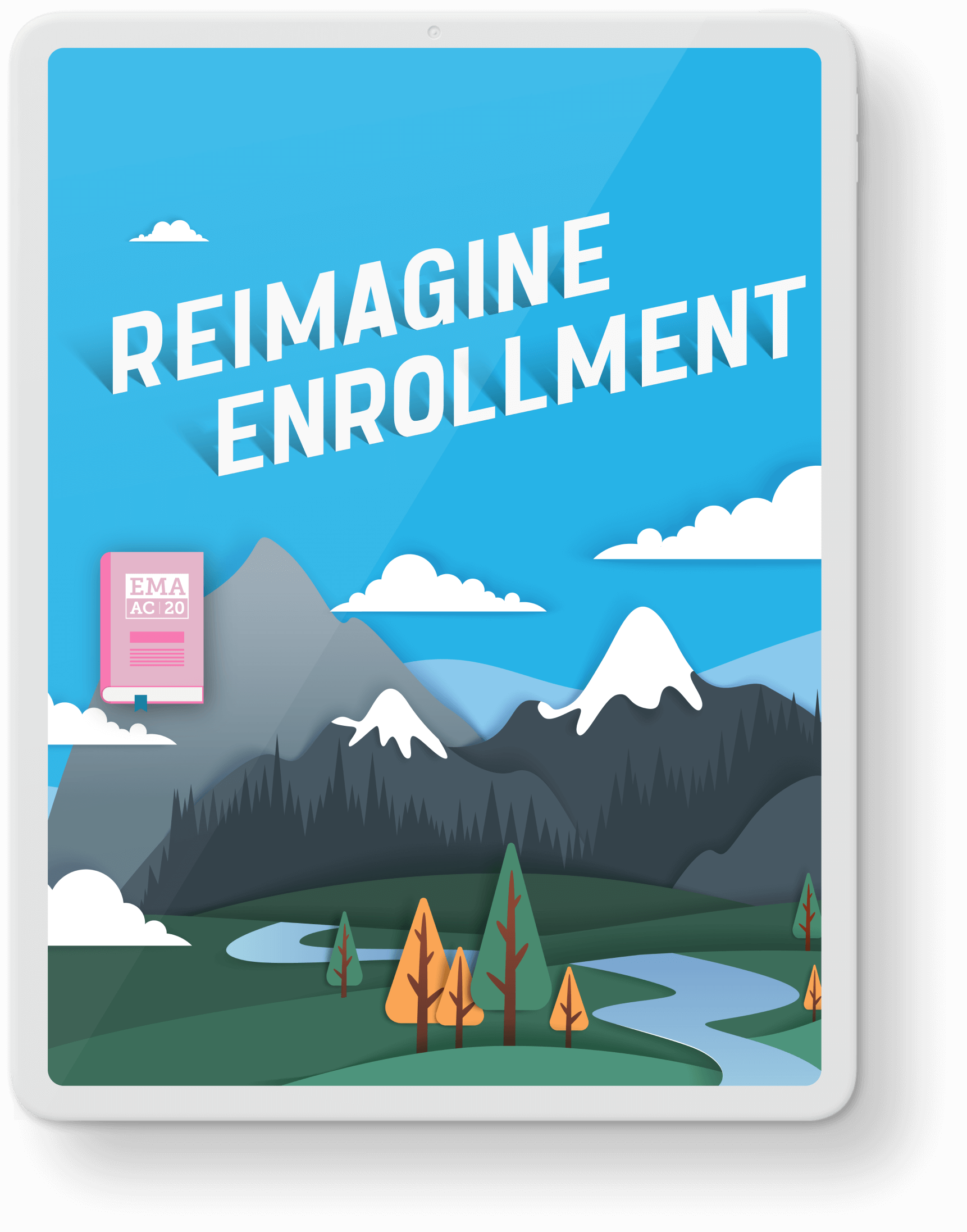 We've made it simple to register for the conference at either the member or non-member rate. Once you purchase your school's All-Access Pass you and every employee at your school can benefit from the content we've prepared for you.

Once you've purchased your school's All-Access Pass you will be prompted to add additional team-members to the conference. Don't worry if you forget someone: you'll be able to continue to add employees at any time.

That's it! Once you've added additional co-workers you're ready to start learning!

There were so many great keynote presentations during the conference. Now you and your entire team can be inspired by one of our great speakers whenever it works for you. Do you have an enrollment team meeting coming up or an all employee training day? One of the keynotes could be a great fit!

Learn From Your Peers

With more than 70 on-demand sessions available in the Event Center you can start learning right away. Perhaps you want to find out more about equity and inclusion? Or maybe you are interested in marketing tactics? There are so many sessions to choose from you'll find yourself returning again and again!

Our Annual Conference content will continue to be available to you and your entire team for a full year. That means you'll be able to continue to find value in the content even if you add a new team-member or if you simply want to review a topic you covered in the past.

School is up and running and your enrollment season has begun. Whatever the fall looks like on your virtual or in-person campus we’re ready to help.

‍We've created an online course included in your school's All-Access Pass called Reimagine Enrollment. This curated course will help you reimagine the most important parts of your enrollment process including lessons on equity and inclusion, marketing, student assessment, virtual events, video production, and much more!

Even better than the content in the online course is the opportunity to connect with your peers who are working through the same topics as you. Through the interactive discussion boards on the course you'll be able to network, share ideas, and gather new solutions. 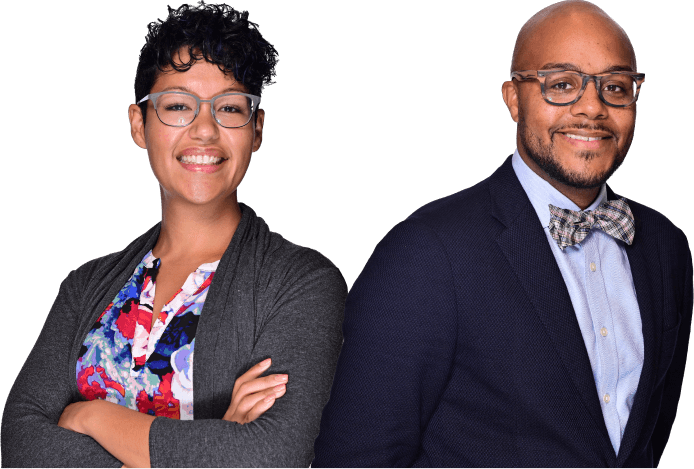 Your entire school has access to this year's conference for the price of a single registration.
Wait… my whole team? You read that right! Bring your team, your head of school, even your academic leadership, program leaders, and board chair – for one price!

‍Sessions formerly known as "breakout sessions," these sessions were proposed by you! You will have access to them long after the conference.

Start planning for the fall today! Included with your school’s all-access pass is Reimagining Enrollment Due to COVID-19. This one-week course launching in mid-July is part two of our incredibly popular Rethinking Enrollment Due to COVID-19 course! You and your team can take this course any time during the summer or fall to help you prepare for an enrollment season that will be unlike any we’ve seen before.

We have an app!

Get the AppDownload iOS 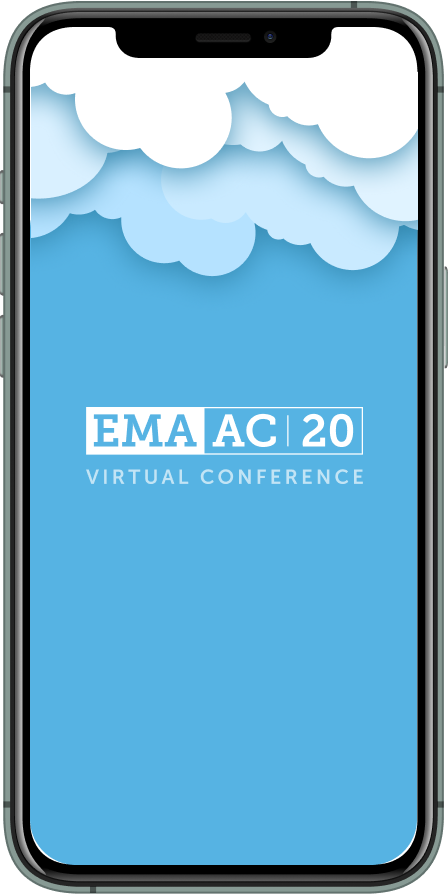 Stay in the loop with all things #EMAAC20 by following our social media channels.

This is our moon shot momenT

Thank You to our Conference Sponsors

Why you should attend

Your entire school has access to content designed to help you reimagine your enrollment strategies this year. 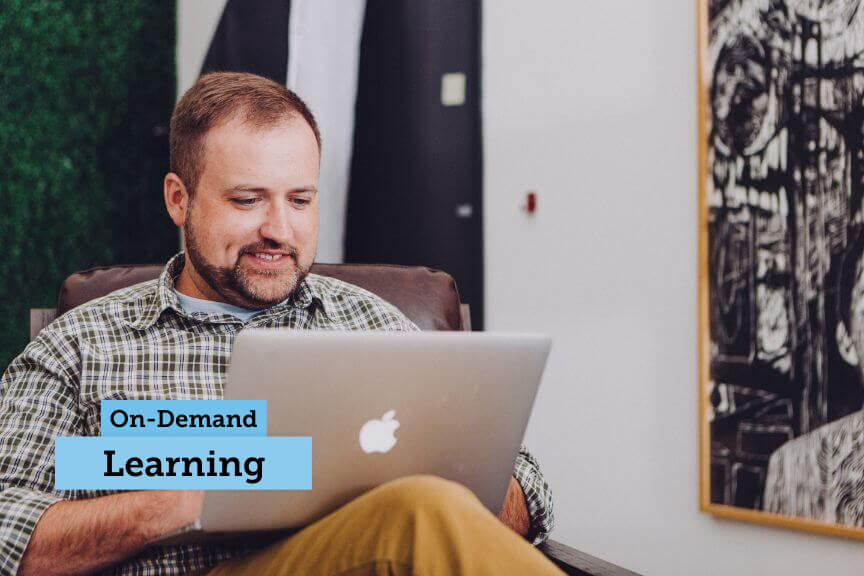 Enrollment is a school-wide responsibility. Purchase an all-access pass for your school to watch and learn from 70+ engaging on-demand breakout sessions. You'll hear from enrollment leaders and your peers from all over the world as they share inspiration, education, and strategies to help you navigate our ever-changing world.

Watch recordings of leaders who will inspire our community to lead and thrive.

We are passionate about helping you to solve the enrollment challenges your school is facing and believe EMA AC 2020 will give you the tools, guidance, and inspiration to forge this new path. 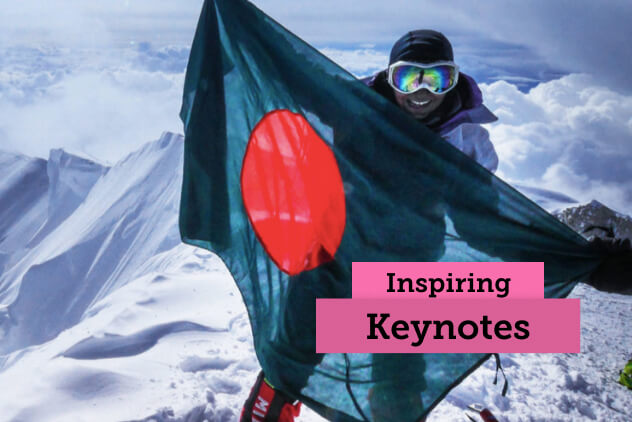 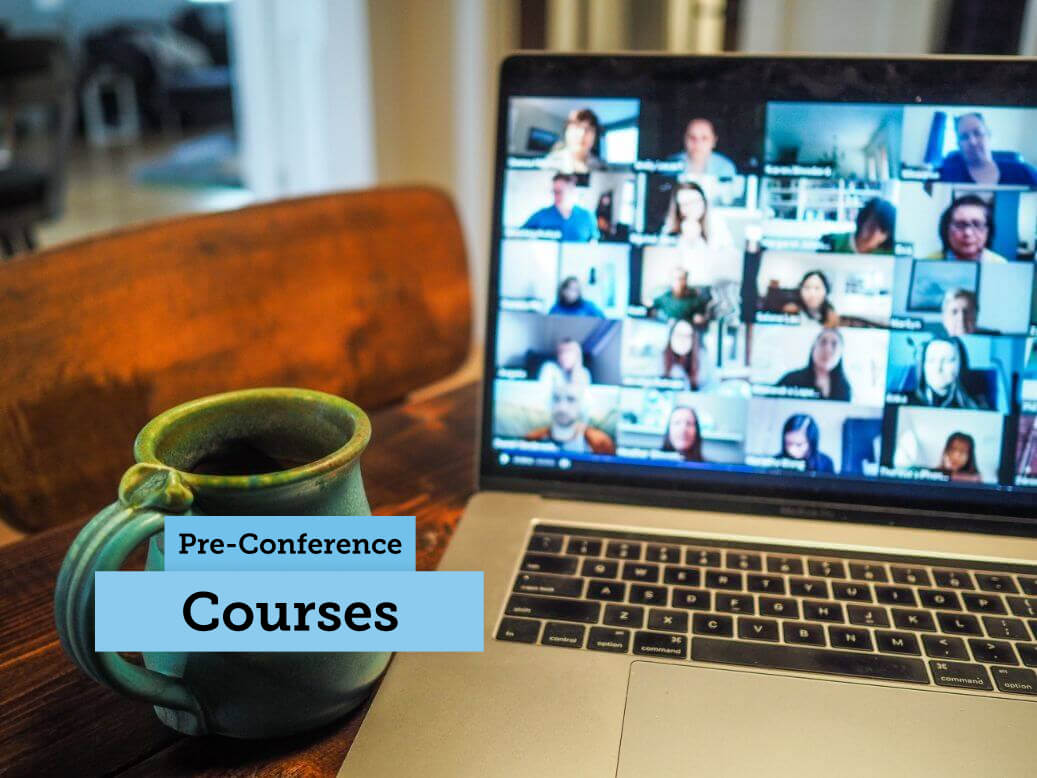 We're moving the traditional pre-conference sessions to July and August as hybrid courses! Some content will be on-demand, while other learning opportunities will be live, but one thing will be certain: you will benefit from impactful learning opportunities to make impact at your school.
‍
After you register for you school's All-Access Pass, you'll be directed to purchase an optional additional pre-conference course.

In September, we will all come together online for live learning experiences, which will include keynote speakers, Zoom breakout sessions, Q&A opportunities, expert panels, time with our conference sponsors, social events, and so much more. View the agenda below.
Day 1: Sept 22
Day 2: Sept 23
Day 3: Sept 24
Day 4: Sept 25
12:00 – 1:00 PM ET
Welcome to Reimagine Week!

Log into EMA’s Event Center to watch a live keynote from EMA’s Executive Director and CEO Heather Hoerle as she kicks off the conference!

Hear from inspirational political figure and independent school graduate Deval Patrick as he describes his path to leadership and lessons for this moment in history.

Whether you are on the West Coast or on the East Coast or you attended ATI or ADI, we will have a space for you to meet up and check in with your colleagues!

Hear from Professor and Psychologist Nathan Kuncel as he describes a more robust, equitable, and integrated vision of the admission process.

Whether you are on the west coast or on the east coast or you attended ATI or ADI we will have a space for you to meet up and check in with your colleagues!

Hear from inspirational mountaineer and activist Wasfia Nazreen as she shares lessons from her extraordinary life and work.

Whether you are on the west coast or on the east coast or you attended ATI or ADI we will have a space for you to meet up and check in with your colleagues!

Join us to celebrate the remarkable achievements.

Using our proven virtual unconference method participants will work together to generate more than 20 breakout sessions. Have a question, idea or need? Get what you need at the Idea Factory!

Included for free with purchase of All-Access Pass for EMA's Annual Conference. Whether you are a seasoned enrollment leader or you’re new to the field, one thing is certain: the fall 2020 enrollment season won’t look like anything we’ve seen before.
Get Started